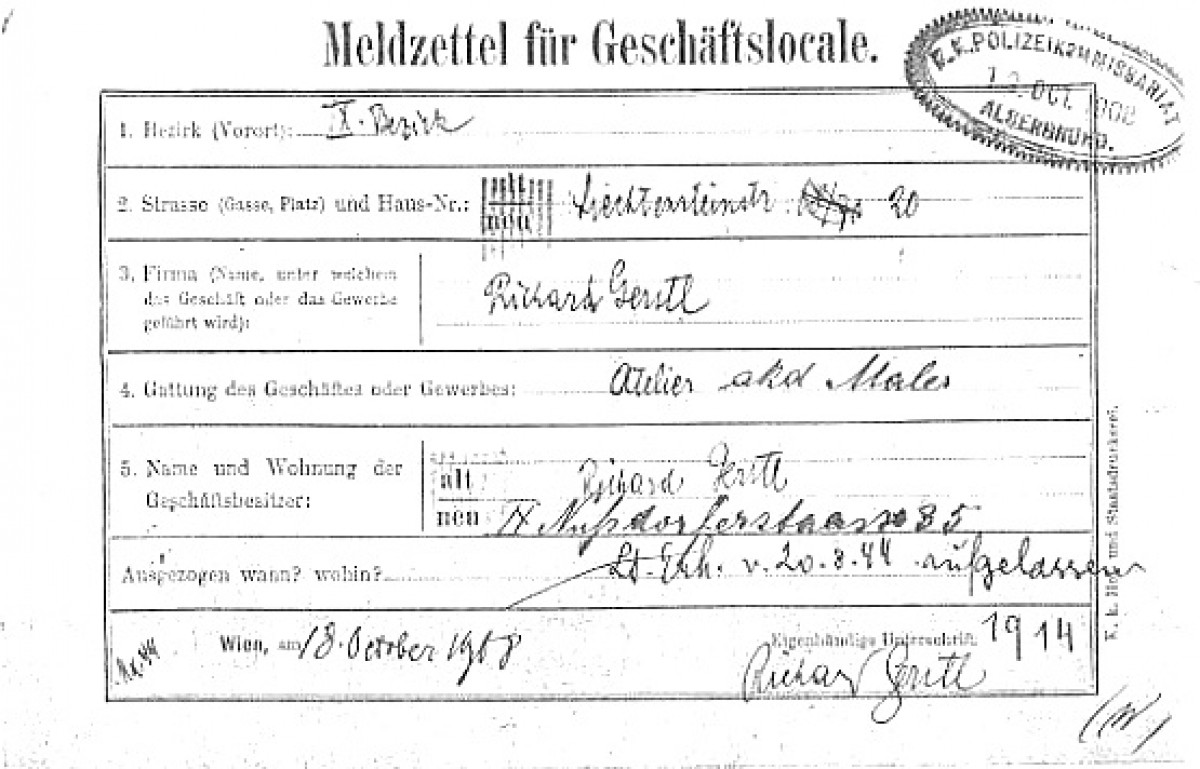 This Meldzettel für Geschäftslocale, signed by Gerstl on “18 October 1908” and registered the next day, confirms that, soon after his final Akademie eviction, he had taken a new studio at Liechtensteinstraße 20, Vienna IX. The law concerning registration, which Gerstl had certainly followed a few weeks earlier in Nußdorf, was then strictly administered, and would have required Gerstl to submit the Meldzettel on taking possession, suggesting that he used the premises for little more than three weeks before he took his own life there on 4 November. The document indicates, however, that Gerstl inserted “68/70” in the address line 4., before striking it through and writing “20” instead. This may, of course, have been a simple slip, or, if the form had originally been meant for 68/70, a necessary correction. In either case, it is highly unlikely that Gerstl would have confused the street numbers if he had not previously been accustomed to painting in Schönberg’s building for some time, at least.